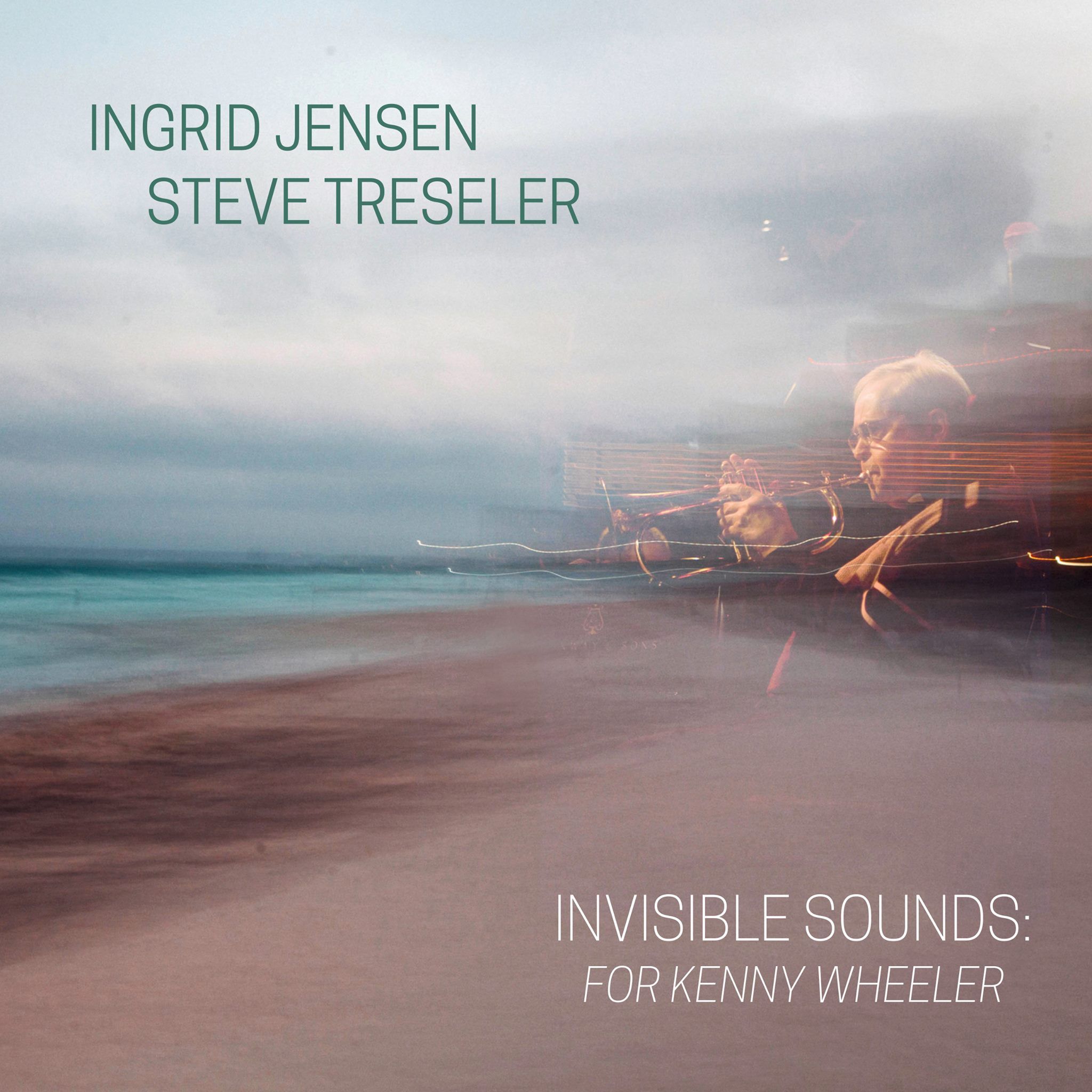 "Lyrical and songlike, whether moving at a quick clip or drifting as slowly as cloud cover."

"Both Jensen and Treseler are transcendent in their soloing"

For trumpeter Ingrid Jensen and saxophonist/clarinettist Steve Treseler, paying tribute to the late Kenny Wheeler was a calling. The Canadian-born, British-based composer/trumpeter has almost incalculably influenced generations of musicians, working alongside a who’s who of artists including Dave Holland, Jack DeJohnette, Bill Frisell, John Taylor and Norma Winstone – and a famously unassuming persona belied his unequivocal prominence from the mid-1970s onwards as a free-spirited jazz pioneer.

Invisible Sounds: For Kenny Wheeler reinterprets works from his prolific catalog honed from “a list of around thirty tunes we wanted to do,” recalls Treseler. “The news of Kenny’s death had a big effect on me and I reached out to Ingrid about putting together a tribute concert, and that conversation evolved into making a record. Ingrid and I are both devoted Kenny fans and we both had the opportunity to work with him in person. Ingrid’s band – Geoffrey Keezer (piano), Martin Wind (bass) and Jon Wikan (drums) – was playing at the Lionel Hampton Jazz Festival in Idaho, so we booked two nights at Seattle’s Royal Room, as well as the studio session. Between the shows, which were featured on NPR’s Jazz Night in America, we tracked the album (with guest saxophonist Christine Jensen and vocalist Katie Jacobson).” The energy of those performances is brought together here.

“With this fabulous band of great improvising contributors who lifted the music to new heights and gave their all on every tune, this was a journey that I never expected and will never forget,” enthuses Ingrid. “It was both an honor and a thrill to take flight with these wonderful pieces of music written by the great Kenny Wheeler. Having been one of the lucky ones who studied and spent time with him, I feel blessed to have had this little moment to record these pieces in honor of his lengthy legacy.”

They were keen to revisit Wheeler’s music from a fresh perspective. “Sometimes players approach it quite delicately, not getting the energy and power,” notes Treseler, “but with this rhythm section, we weren’t risking being too precious – it became quite hard-hitting and grooving. Kenny described his music as having ‘a touch of melancholy and a touch of chaos’.”

Jensen’s pacey, resonant arrangement of ‘Foxy Trot’ finds trumpet and tenor boisterously vying for position as sister Christine colors on soprano. Jensen’s own distinctive tone can shift to reflect Wheeler’s forlorn phrasing, and fluctuating meters in her ‘Kind Folk’ reading provide a buoyant swell for dual horns and fluid soloing. Wheeler’s characteristic wordless vocals feature in Treseler’s fizzing take on ‘546’ and the varietal textures of ‘Gentle Piece – Old Ballad’, while Jensen’s spacial yet intricately-rhythmed arrangement of ‘Everybody’s Song But My Own’ spotlights mellifluous tenor. ‘Where Do We Go From Here’ (originally a Wheeler and John Taylor duet) is blithely portrayed through rippling trumpet, sax and piano; and live cuts of ‘Old Time’ and ‘Foxy Trot’ capture this project’s contemporary fervency, confirming the ongoing relevance of Kenny Wheeler’s output.

“Together with my fabulous collaborator Steve Treseler, I’m elated to have been given this window in time to pay homage to the gentle, yet fierce genius of such a legendary master”, says Jensen. “After decades of listening to, studying and playing Kenny’s music, I still feel like a beginner in relation to my comprehension of how far-reaching his musical spirit truly goes. It is an endless and timeless legacy, and worthy of intense study by any aspiring musician in search of a creative mentor. Eternal gratitude to all who helped bring this vision to light.” “He’s unmistakable – in a category of one”, asserts Treseler. “You have jazz styles like swing or be-bop, and some artists are just their own thing, like Mingus, Ellington, Monk – and Kenny has got that. Defined by a host of elements, not least the haunting timbre of his instrument and that ECM spaciousness, he really developed his own harmonic language. Invisible Sounds has given us a deeper understanding of his music, with our own stamp on it. If more people discover Kenny Wheeler as a result, that’s all good with us.”